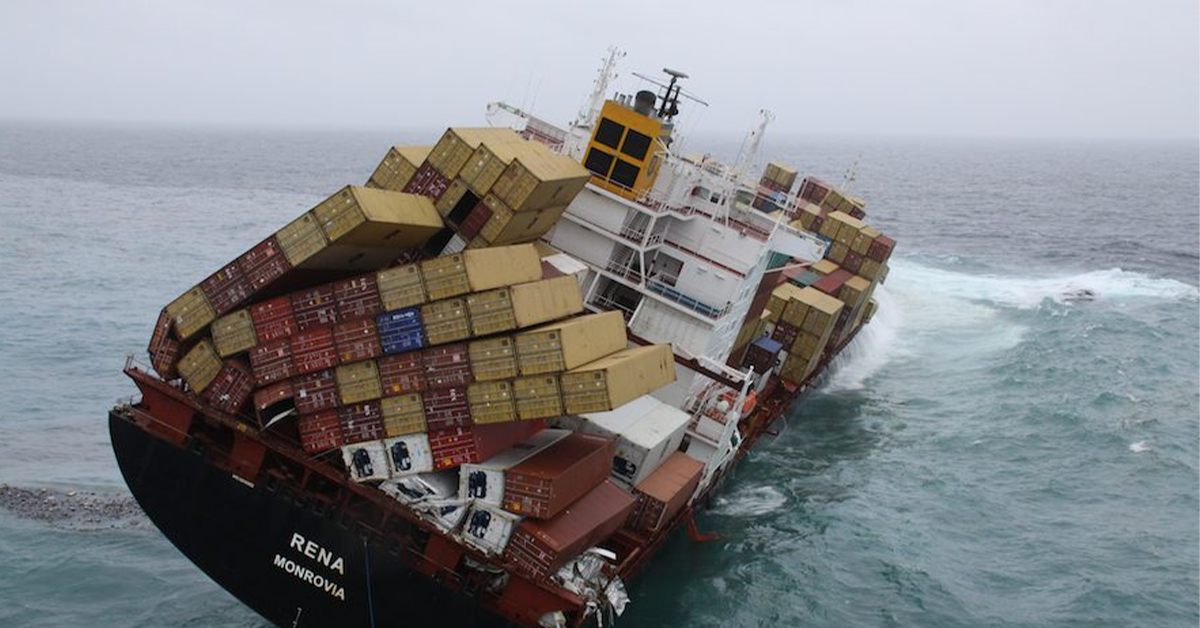 In the last couple of months, we have seen how severe weather has affected ocean vessels and the cargoes that were onboard. Since December 2020, there have been five incidents that have caused containers to go overboard. The most recent incident occurred on January 20, 2021, on the MSC Aries. The vessel was sailing to Ningbo, China, from Long Beach, California. Forty-one (41) empty containers went overboard, and according to WK Webster, it is “possible that damage to some loaded containers may have occurred as a result of this incident.”

The most notable of the incidents was the ONE Apus, which lost over 1800 containers overboard in late November due to severe weather it encountered on route to Los Angeles, California. Sixty-four (64) of those containers contained cargo that was designated as “dangerous goods.” The vessel is now berthed in Kobe, Japan, where containers are being discharged. According to vessel owner ONE, sound containers will be on-shipped to their original destination, and if possible, cargoes with damaged containers will be moved to replacement containers and transshipped. There was speculation about General Average being declared on this vessel, but the likelihood of this happening at this point is unlikely. However, ONE has not formally advised one way or another.

What is General Average?

General Average is one of the oldest principles of maritime law. It occurs when a voluntary sacrifice is made to safeguard the vessel, cargo, or crew from a common peril. If the sacrifice is successful, all parties contribute to the loss based on their cargo’s value regardless of their shipment being damaged or not. Once the vessel owner declares General Average, appointed General Average adjusters will assess each shipment's value on board and apply a formula that determines the financial contribution of each cargo owner. Cargo owners will then need to post a General Average guarantee.

What if I have cargo onboard a declared General Average vessel?

Unfortunately, the likelihood of having your cargo released timely is dependent on how soon you can post a security. If the cargo owner has cargo insurance, the General Average Guarantee is posted by the insurance company. If the cargo owner does not have insurance, they will need to provide the guarantee themselves, usually with a cash deposit or surety bond. It is imperative to note that cargo will not be released to the cargo owner until the General Average guarantee has been provided. Having cargo insurance is beneficial to cargo owners as it provides coverage for damaged goods and facilitates the release of their cargo.

Are your goods protected?

Cargo shipments in transit are subject to various perils, so there is always a risk of cargo loss or damage. Make sure to minimize your risk by having the proper cargo insurance that fits your needs. To read more about why you should insure your cargo, click here or contact your local Avalon representative.